There was a time when Martin was most well known as Tim Canterbury from Ricky Gervaisâ€™ â€˜The Officeâ€™ but since then, his career has gone from strength to strength, featuring as the iconic Arthur Dent in Douglas Adamsâ€™ â€˜Hitchikerâ€™s Guide to the Galaxyâ€™ and winning a BAFTA in 2011 for his performance as Dr. Watson in â€˜Sherlockâ€™.

His profile has undoubtedly risen even further with his lead role as Bilbo Baggins in Peter Jacksonâ€™s â€˜The Hobbitâ€™.

One of Britainâ€™s finest character actors, Tom has managed to sustain an unbroken career in stage, TV and film. In 1992 he won the Ian Charleson Award for his â€˜Witwoud in The Way of the Worldâ€™ at the Lyric Hammersmith. Heâ€™s played Saffyâ€™s boy- friend in â€˜Absolutely Fabulousâ€™, King George V in â€˜The Lost Princeâ€™ on the BBC, and more recently, the Duke of Windsor in Channel 4â€™s adaption of William Boydâ€™s â€˜Any Human Heartâ€™.

On film he has been a penniless aristo in â€˜Gosford Parkâ€™, Lord Cutler Beckett in â€˜Pirates of the Caribbeanâ€™, hapless minister Simon Foster in Armando Ianucciâ€™s â€˜In The Loopâ€™ and a cellist in Joe Wrightâ€™s â€˜The Soloistâ€™. Along with James Wood, he created and starred in â€˜Rev.â€™ as the unfortunate but sympathetic inner-city minister. The series won the BAFTA for best sitcom in 2011.

Actress and playwright Elisabeth Gray read English Literature and Language at Oxford University, where she met Voorman producer Baldwin Li. Â Her first play Wish I Had a Sylvia PlathÂ won the Fringe First Award and is currently being translated into Norwegian for production by the National Theatre of Norway. Â Her plays have appeared Off-Broadway, in LA, and around the globe. Â She lives and works in NYC, where she is the co-creator and star of the hit web series Understudies.

Working in the industry for just over 5 years Simon is a versatile actor who is equally at home on stage as he is in front of the lens. A small part in ITVâ€™s Heartbeat led to him playing Mike in 25Gs with honlodge productions which in turn led to his appearance in The Voorman Problem.

Simon realises now that maybe romantic leads are not within his expected range but thoroughly enjoys getting to grips with character roles in films that interest him rather than simply gaining more credits. He lives quietly in Manchester with his newly bought keyboard and is currently working his way to Grade 1 Piano just to keep himself occupied and off the streets. 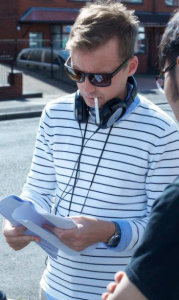 The film is has won four awards, wasÂ  nominated for a BAFTA in 2013 and has been selected at over forty festivals worldwide including Aspen ShortFest, BFI London, Clermont-Ferrand and CFC Toronto.

Mark Is represented by Simon Blakey at The Agency (London) Ltd. 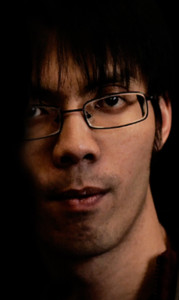 Baldwin Li studied English Literature and Language at Balliol College, Oxford University before going on to work at Granada Studios, Manchester as a sound engineer and cameraman. He left Granada in 2006 and founded Honlodge Productions.

He met Mark Gill on the set ofÂ  a short film shoot in 2008 and since then they have developed numerous projects together, including their first major short film, â€˜The Voorman Problemâ€™, nominated for both a BAFTA in 2013 and an Oscar in 2014. Â Their second short â€˜Full Timeâ€™ premiered at BFI London Film Festival in 2013. Â

They are currently working on their first feature.Â  Baldwin is a passionate creative with a particular talent for developing and nurturing strong ideas. 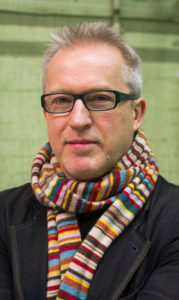 Lee is an award winning UK producer and executive producer known for “Crush”, “The Road to Guantanamo” and “Nativity”. Fluent in Japanese, Leeâ€™s film career started in Japan working for Dentsu on Wim Wenders “Until the End of the World” and the Sundance Film Festival in Tokyo.

Lee first met David Mitchell in Hiroshima where he pitched a proposal to adapt Mitchellâ€™s Booker short listed novel, “number9Dream”, into a feature.

Later, while in development on the feature with Film4 and Asif Kapadia (“Amy”), Lee was approached by Baldwin and Mark to collaborate on a short based on an extract from the novel: “The Voorman Problem”. The feature is in advanced development and aims to shoot late 2017 based on an adapted screenplay by Adam Hamdy (“Pendulum”). 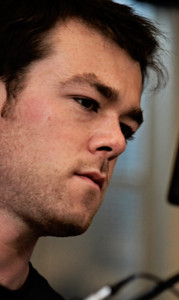 Phil studied cinematography at the Northern Film School UK in 2005, working entirely on film formats throughout the course. After gaining a distinction he immediately started to work freelance as a DoP.

Within a few short years, Phil established himself a highly sought after DoP and he now works all over the world, shooting TV Commercials, Short Dramas and Feature Films. He has worked on projects that have been screened at film festivals in Europe and the US, including Raindance and Cannes.

As a Cinematographer, Phil believes his role is to support the Directorâ€™s vision, therefore his mantra is to master the tools available in order to properly execute his craft for the good of the story.

Music by Baldwin Li based on a theme by Tom Hollander